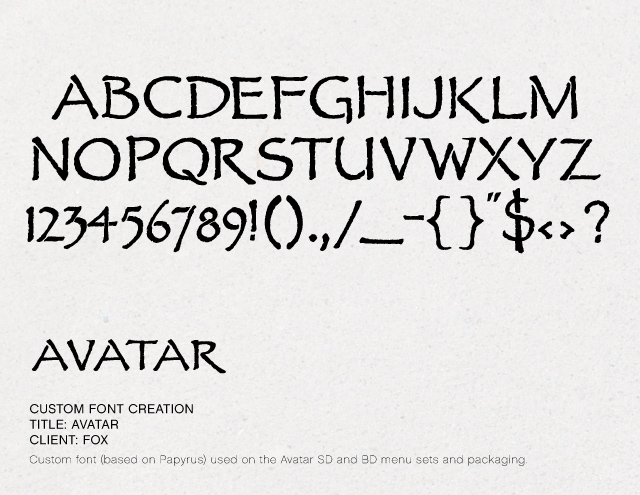 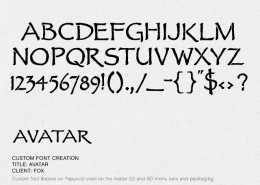 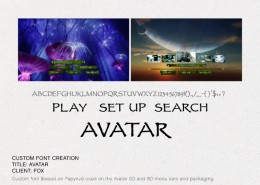 During the “look proposal” stage for the dvd and bluray of Avatar, Fox asked to see something similar to, but more aesthetically pleasing than the infamous typeface Papyrus, which had been used for subtitling in the film’s Na’vi sequences. I used Papyrus, together with the film’s logo, as a launching point for a full set of custom characters within Illustrator, and then combined them into a custom built font using Fontographer. In the end, this font was used in the first dvd and bluray menusets, as well as in packaging. And yes, it went on to gain the nickname “Omartar” around the office.

Above you will find a breakdown of the characters I made for the font, and examples of how the font was used in the bluray menuset. The following images, meanwhile, are some examples of how it was used on packaging, domestically (in the US), and internationally (with an example from Bulgaria): 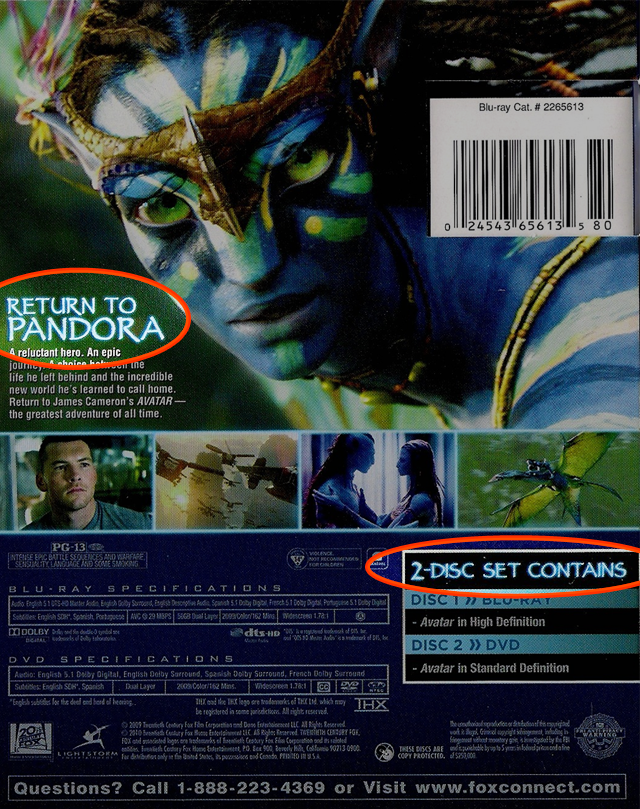 While proposing concepts for the menus, we also presented some explorations for the possible integration of a mobile element, to accompany and enhance the viewing experience. We envisioned this as both a second-screen experience, and a stand alone app. In the end, it wasn’t in the budget, or the schedule, but below are some style frames that came out of it. 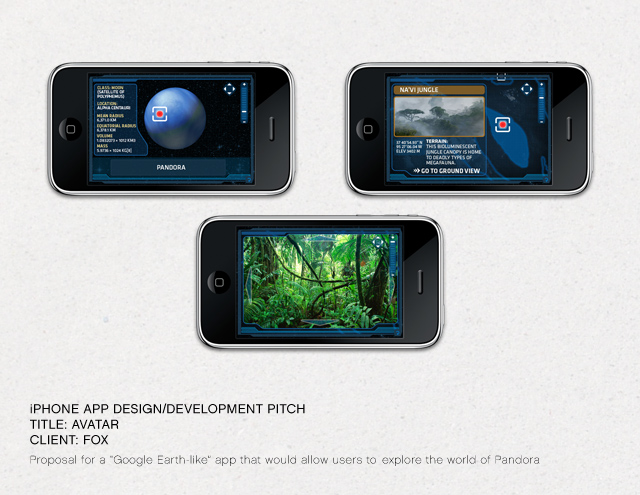 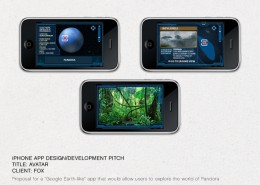 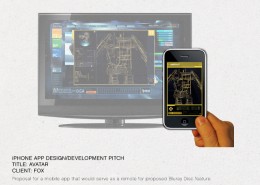