This is one of the few non-entertainment related projects Company Wide Shut took on while I was an employee, and it is also one of the projects I’m proudest to have been a part of. Rien que la Vérité (Only the Truth) is an ongoing campaign started by the Joint United Nations Programme on HIV/AIDS (UNAIDS), to tackle the issue of HIV/AIDS awareness in the Democratic Republic of Congo.

It has four main messages:

As part of the campaign, in May of 2007, a concert involving all of the biggest stars of Congolese music was held in the capital city of Kinshasa. Throughout the concert, documentary segments highlighting each of the 4 main messages were played. I created the segments shown here as transitions into and out of these clips, using greenscreen footage of Congolese natives spelling out each of the letters with their hands. This was important, as it helped humanize the issue, and made the presentation of content more relatable to the Congolese people, particularly when paired with the familiar sound of their native music. 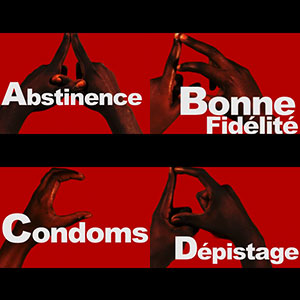