For this menu set, I created a system of pod bay doors, inspired by those seen in the film (which in turn, appear to be highly inspired by the interiors of Stanley Kubrick’s 2001, much like its HAL-like sentient robot, GERTY, and several other elements). These hatch doors serve as windows into different scenes, into views of the surrounding moonscape, and metaphorically, into the character’s deteriorating psychological state. Set in a room of pod bays (which I created in 3D space in After Effects), the camera swings among the various views, pausing to focus at times, and at times zooming in, jumping into a given scene. I carried over the aesthetic I developed in the motion background across the UI design for Bluray, and the static design for DVD. 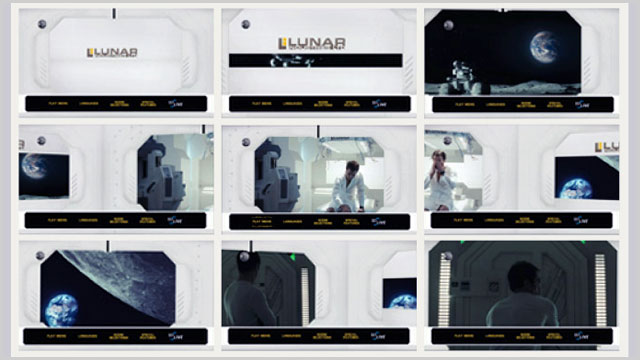