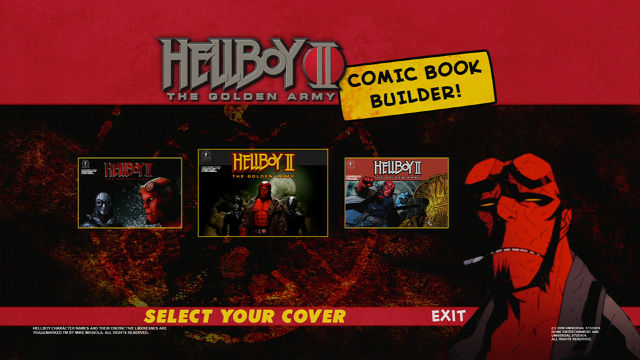 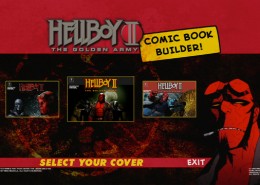 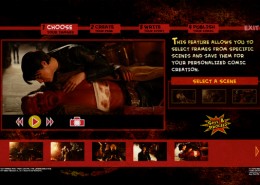 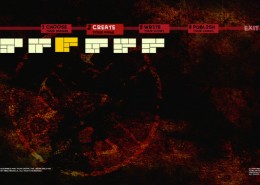 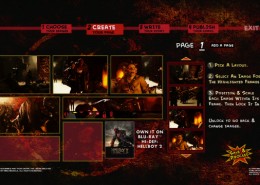 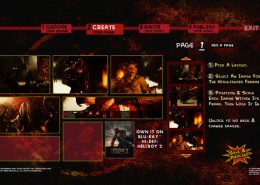 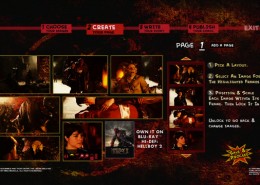 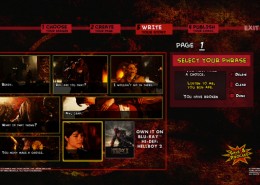 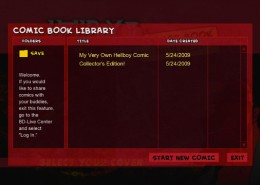 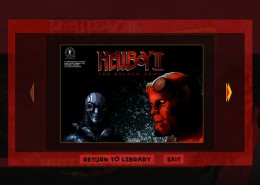 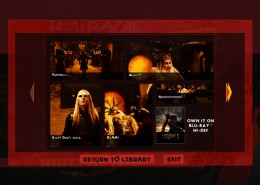 This interactive feature for the Bluray release of Hellboy II: The Golden Army pushed the limits of set-top boxes for its time (2008). I was brought on to assist with this project, but eventually took over both design and production, working closely with the department’s head programmer and director of product development, Ivar Chan, to make the concept of a set-top Hellboy comic book builder a reality. The feature allows users to take snapshots from one of three select scenes, size and place them in one of several provided comic book panel layouts, add text, and then share the resulting comic via email. Users could also sync up to Universal’s BD-Live buddy lists, making sharing even easier. The resulting comics were designed to be fun, but also to serve as a marketing tool for the Bluray release.

One of the many challenges this feature posed was the creation of a “comic book effect” for the captured images. I ended up having to create a variety of Photoshop actions, to treat stills pulled from the video in different ways, depending on the contrast, brightness, and color saturation of the scenes, while keeping everything as automated as possible. Overall, the UI and functionality evolved throughout the process, to reflect client demands, legal issues, and technical considerations. We wanted the feature to be fully functional on the widest range of Bluray set-top boxes possible, and not just the obviously more advanced PS3.