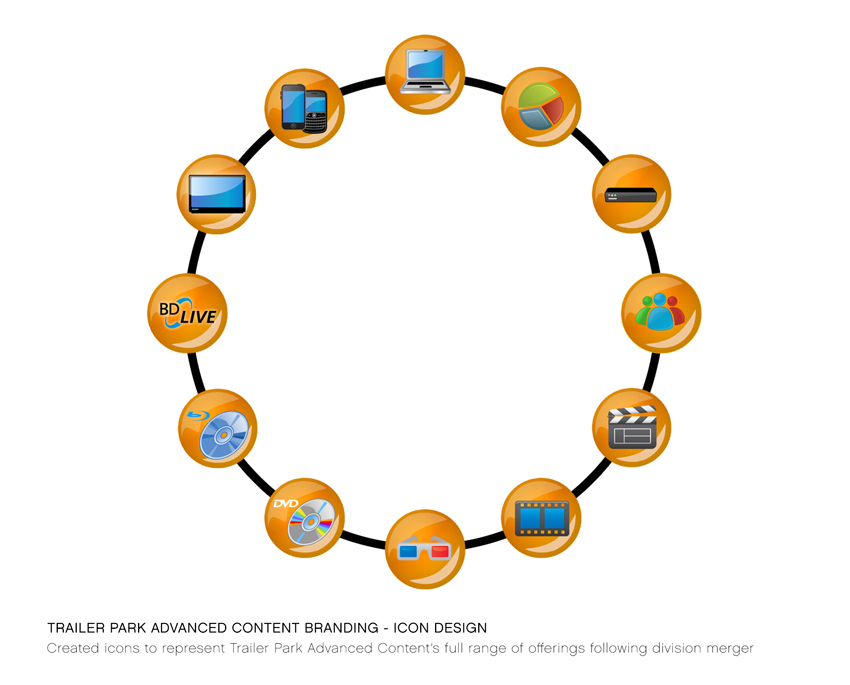 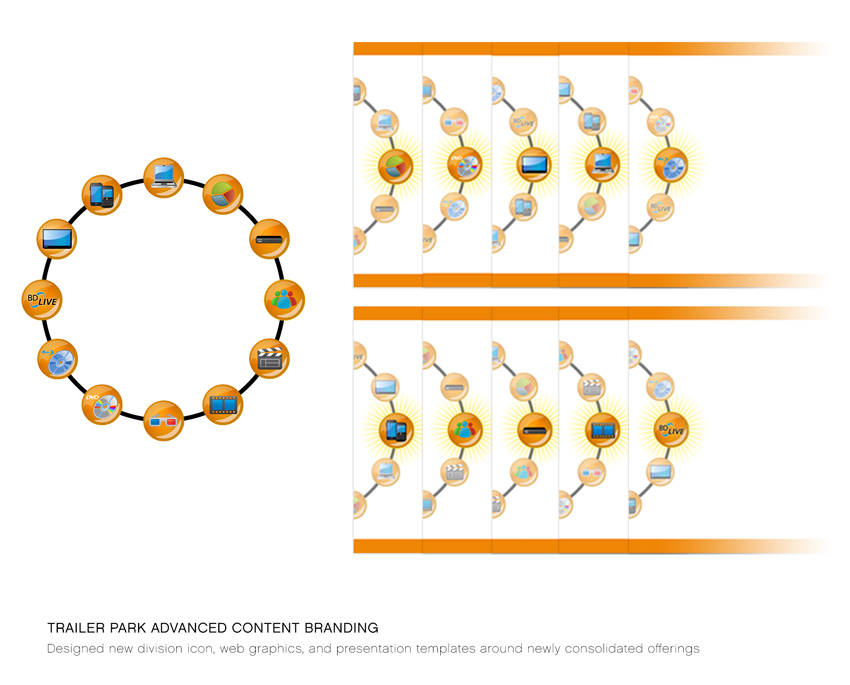 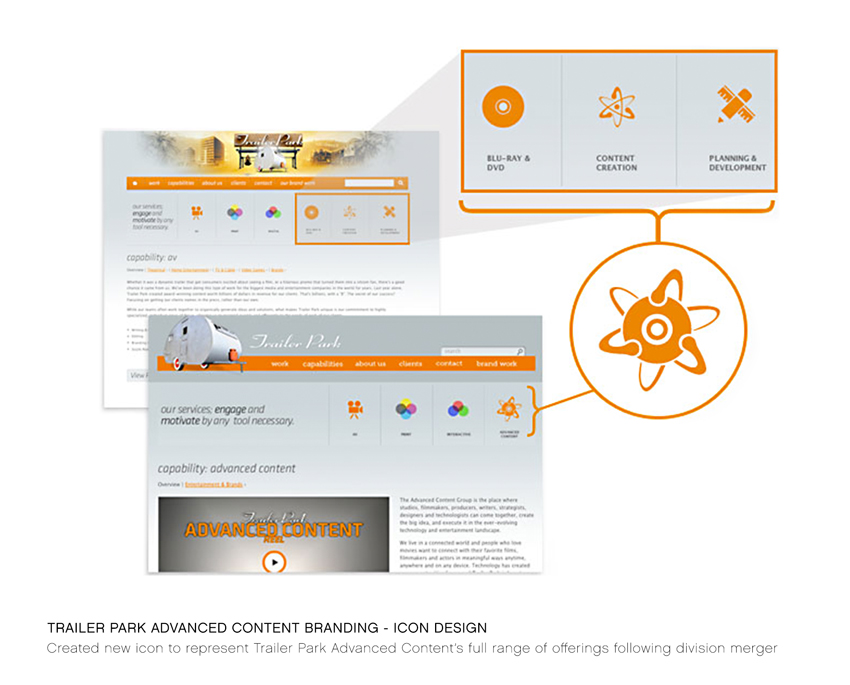 A 2009 merger of divisions within Trailer Park (www.trailerpark.com), where I was working at the time, resulted in the creation of a new department: Advanced Content. The fact that this new department would both combine AND extend the capabilities of the previous departments had to be communicated clearly to existing and potential clients alike. I worked together with the department president to narrow down these functions, and visually communicate them through iconograpghy and symbols. These were eventually used in both internal and external presentations by the department president. For the company’s web presence, I was also called upon to create a new logo/symbol, that would represent the capabilities of the then new Advanced Content department. The company has gone through further restructuring since then, but this helped set the stage for the changes that followed.