Once – DVD Menu Design and Animation

You are here: Home / Library / Once – DVD Menu Design and Animation

Once, the sleeper hit musical of 2007. I designed these menus to play off of the theme and nostalgic and mellow tone of the film. Colors were selectively treated for saturation. Time is a recurring theme, and the main menu motion conveys the importance of the “once in a lifetime” concept, by isolating single moments in time in what may be described as a “flipbook” style. I headed concepting, design, and animation of motion, and also lead the initial stages of submenu development. 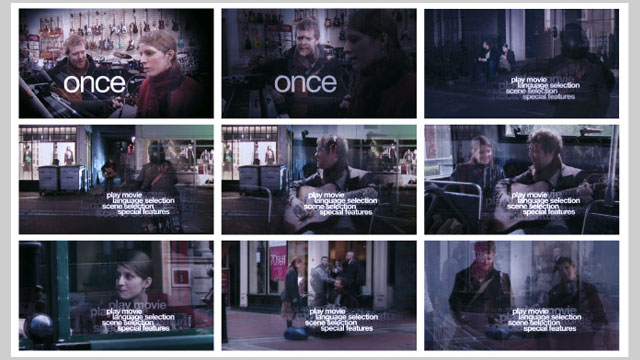