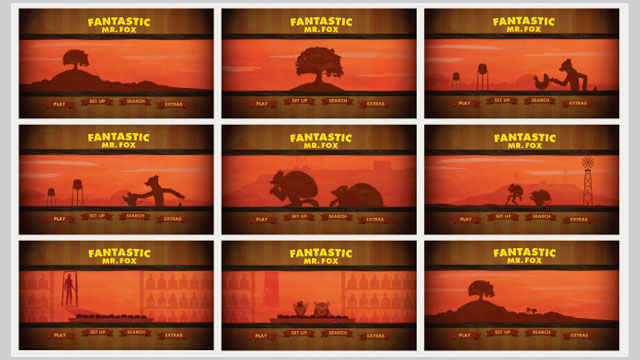 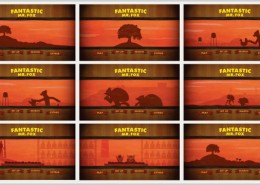 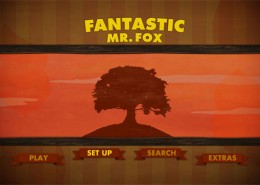 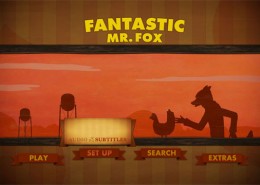 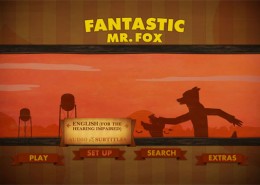 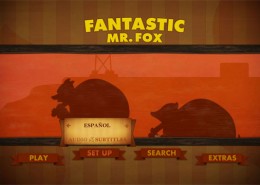 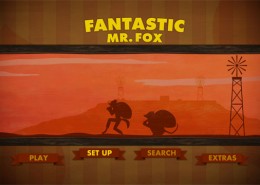 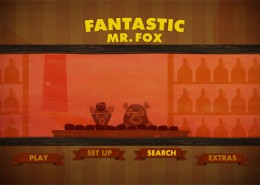 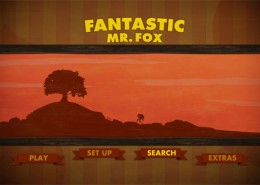 I played off the retro influenced art direction of the film, and channeled Saul Bass and other retro animation stylings here. The animation I storyboarded here would have involved stylized, silhouetted animations depicting key scenes from the film, without giving away any important details, of course. However, after viewing many different look proposals, director Wes Anderson decided on the minimalist look possible for this menu set: no animation, just a still from the film and selections over a solid color bar.