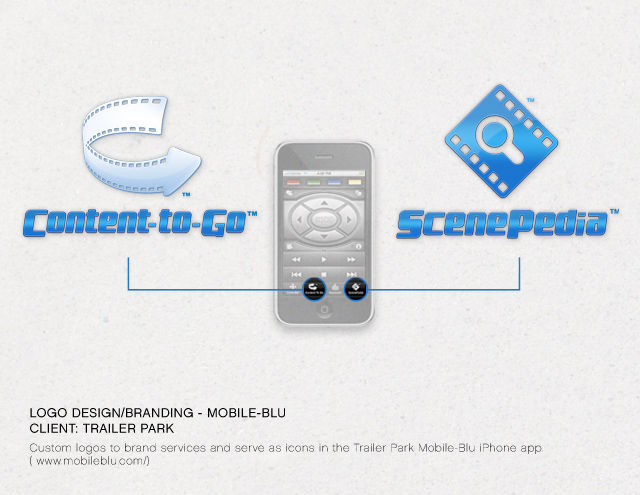 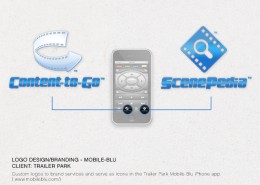 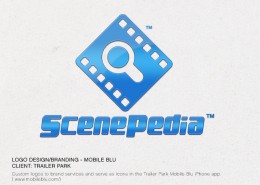 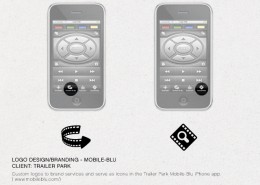 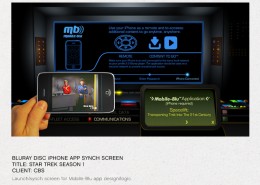 I created these logos for ScenePedia and Content-to-Go as sub-brands for Trailerpark’s Mobile-Blu, a mobile app that linked PS3s to mobile devices, allowing individuals to use their phones to control and navigate Bluray discs, and to download and play back exclusive mobile content. It was a technology developed internally at Trailer Park, and the logos doubled as icons in the Mobile-blu interface. CBS adopted this app for use on its Bluray release of the original Startrek television series, as shown in the last frame above.

Trailer Park went on to copyright both the ScenePedia and Content-to-Go brand names and symbols. While I was there, we also pitched the technology to other clients, including Disney, Universal and Warner Brothers. Here are some quick frames I put together to illustrate potential functionality: 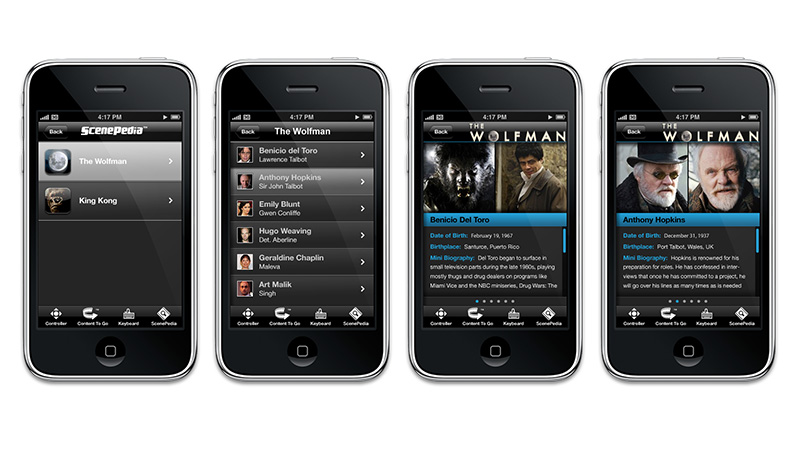 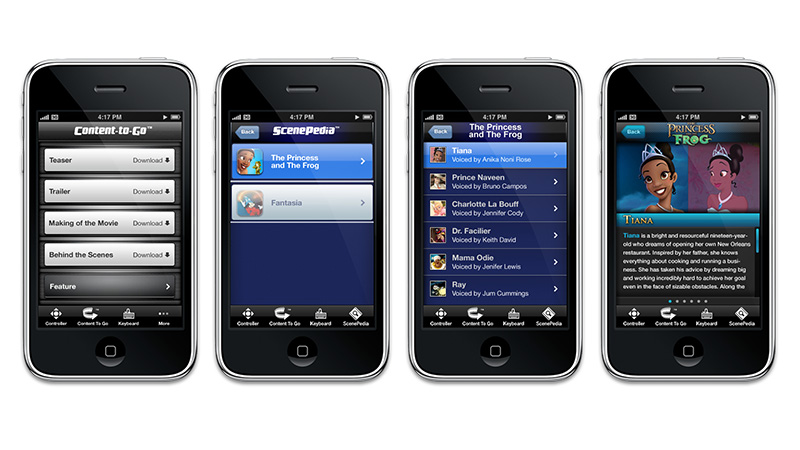