This is the 2007 two disc 20th Anniversary Collectors Edition release of 1987’s Robocop, the original that led to numerous spinoffs, and the infamous dance. Fans will likely recognize that inspiration was taken from the aesthetics of the “robo-vision,” seen throughout the film. Before the domestic release, menus were first delivered internationally, which involved the painstaking process of working with Fox to translate menu designs to about a dozen languages, and prepping assets for different brodcast standards (NTSC and PAL). This being at Company Wide Shut (a small boutique studio), meant it was all done by me… I later moved onto Trailer Park, which had a large production team to help care of such tasks. 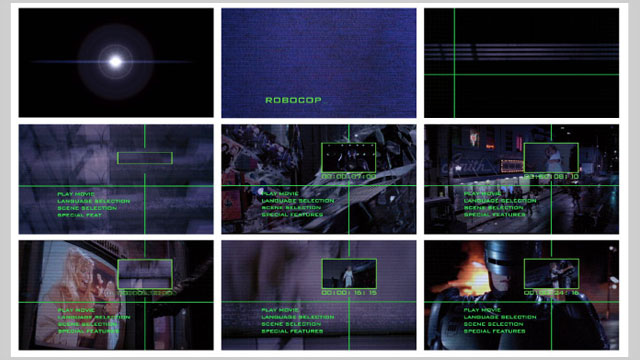